Many years ago it was a dream of mine to ride an elephant. I really wanted to do an elephant riding trek, where you journey into the jungle on the back of an elephant and spend a few days exploring South-East Asia. I believe I may have even sent a pitch email to a tour operator, asking if we could work together. I also very nearly rode an elephant in Cambodia, when my family and I came across a person offering rides on the road-side. The only thing that stopped me was my own fear. Since then, I’ve learned a lot about elephant rides and the truth behind the industry and today I wanted to share with you some of the reason’s why it’s wrong to ride an elephant. I also want to share some of the ways you can have an elephant encounter without contributing to the industry.

I want to be clear that I don’t judge anybody who has had the same dream I did or anyone who has ridden an elephant in the past. I totally get it and this definitely isn’t aimed at shaming anyone. Instead, I want to share everything I learned so others can make their own informed choices. As today is World Elephant Day, I also want to ask you to join the movement. You can share this post to your social media platforms or simply share a post of your own, letting others know the truth behind the industry so they too can make informed decisions! You can use #StopElephantRides and #BeKind to show your support for the cause and join the fight to end animal exploitation.

The awful process known as ‘Crushing’

I never paused to think how an elephant would be broken in, so it could be safely ridden by tourists. Then, one day, I came across a video showing the process known as, ‘Crushing.’ Widely condemned by animal-welfare groups and a blatant form of animal cruelty, the process aims to crush an elephant’s spirit.

The ‘crushing’ method involves putting an elephant in a very strong cage and tieing it with ropes so it cannot move, kick or even raise its head. It is totally and completely immobilised, allowing humans to teach it the command to be still. National Geographic has reported the use of nails and sticks stabbed into the ears and feet of elephants during the crush. Other reports have uncovered beatings with sticks, chains or bullhooks as well as sleep-deprivation, starvation and the removal of water to ‘break’ the elephant and make it submissive. Researchers have found that elephants who are subjected to this “breaking” or “crush” process often develop post-traumatic stress disorder.

As quoted in Gone Astray, a 1967 report on a training crush, “An elephant born in captivity is brought up amongst human beings and its training is humane from the day it begins; but a wild beast parted from the herd and its mother must suffer agonies before its will is broken.” Like I said, I had no idea this process occurred and I quite simply didn’t think to question it. It wasn’t until I watched the video below (Update: Video has been removed from YouTube) about elephant crushing that I learned the horrible truth. The video is extremely difficult to watch. To this day, I’ve not been able to watch it again as it makes me feel physically ill. I would, however, strongly recommend a person who plans to ride an elephant watch it first, so they know what the animal has had to suffer through in order to be ridden. More than that, I believe we should each watch it so we can better understand how important it is to use our voices to stand up for the voiceless. If you choose to watch it, skip ahead to the 2min45sec mark of so you can view the crushing process first-hand.

The conditions in which the elephants live and work

In the wild, elephants live in matriarchal herds where they forage for fresh vegetation, play together, bathe in rivers and travel cover large distances, walking many kilometres daily. In captivity, many elephants are only able to move in small circles in an arena or follow short pathways while carrying humans on their backs, even in extremely hot weather. An adult elephant can safely carry 150kg but their jagged spines make it painful for them to carry weight on their backs. The wooden or metal chair placed on their backs for trekking weighs about 100kgs on its own (without the combined weight of tourists and the rider/guide). The chair is secured to an elephant’s back using a thick rope around their bellies and under their tails, often causing painful sores, and the elephants often suffer from dehydration and exhaustion.

When the elephants aren’t working they can be kept in sheds or shacks, often with concrete floors that damage their legs. They can be bound by chains, some so tight they are barely able to move. It’s a far cry from the wild where they may have been poached from. Elephants kept in captivity may not have access to their usual diet, denying them nutritious food, adequate water and much-needed veterinary care, especially for their feet.

The lack of exercise combined with long hours spent standing on hard surfaces are major contributors to serious foot problems, arthritis and back injuries. Most captive elephants die decades short of their normal lifespan. According to World Animal Protection, “Between 2010 and 2016 in Thailand alone, 17 fatalities and 21 serious injuries to people by captive elephants were reported in the media. Unreported incidences involving local elephant keepers are likely to make this figure much higher.”

Did you know, in Jaipur, nearly one-third of elephants are over 50 years old, 20% are blind and 100% suffer from excruciating foot problems including deformations and cracks? Add to that the combined weight of three riders and the saddle and you’ve got up anywhere up to 400kgs on the back of an elderly animal already suffering from terrible health problems.

The animal poaching and trafficking industry

Another question I never thought to ask was, ‘Where do all the elephants come from?’ I was shocked to learn that working and performing elephants are often poached and trafficked. In an industry so financially lucrative, criminals have no trouble passing trafficked animals off as being locally reared by falsifying birth and ownership documentation.

Baby elephants are often taken from the wild, with the adult elephants around the baby slaughtered as they try to protect them from poachers. These young elephants have a high sale value of around USD$33,000 so the murder of their families is not seen as a big deal by poachers. The elephants are then put through a process of beatings to mentally break them and force their submission. Then they’re trained to perform, dressed up and sent out as entertainment for tourists. It is not uncommon for some hotels in certain parts of South-East Asia to have a baby elephant out the front of the hotel for guests to touch, cuddle and take photos with. Of course, animal welfare advocates continue to fight for better legislation and systems to document the origin of elephants in tourist camps and other locations.

The lack of regulation

While travelling in South-East Asia, I once had the opportunity to ask questions of a person heavily involved in the tourism industry. After learning of the cruelty behind elephant rides and performances, I was eager to find out how operators continue to get away with it. So, my questions were around how the industry was regulated in Thailand at the time.

Just to recap; the tourism operator pays a veterinarian to assess the elephants and report their findings to the Government. The result of the vet’s findings determines whether or not that business continues to operate. I don’t know about you but something about that doesn’t seem quite right to me. I would be very interested to view all the reports submitted by veterinarians and learn just how many of those contained anything negative because, honestly, a self-regulating industry where a LOT of money is involved has all kinds of potential problems.

There are still ways to enjoy an amazing elephant encounter

Because public awareness of cruelty to captive elephants has increased, many attractions are trying to dupe tourists by adding words such as “sanctuary,” “rescue centre,” “refuge,” and “retirement facility” to their names. But the abusive training methods and deprivation are often the same and make the elephants follow the trainers’ commands to let people ride, feed, touch, or bathe them.

When asked why they want to see an elephant show or ride one most people say the same thing as me, “I love animals!” I didn’t want to ride an elephant because I wanted to hurt it, I wanted to ride one because I’m in awe of them and it seemed like a wonderful, once-in-a-lifetime experience. Turns out, I would’ve been doing a lot more harm than good. But, don’t worry, if you do want to have an amazing elephant encounter, you still can!

Matt and I were made aware of World Elephant Day by the team at Intrepid Travel, champions for the fight against elephant rides. For over twenty years, Intrepid used to facilitate elephant rides for fun and became part of the multi-million-dollar industry. Thankfully, in 2010, Intrepid partnered with World Animal Protection to commission one of the first studies into elephant conditions, revealing an industry thriving on animal cruelty. In 2014, they became the first global travel company to ban elephant rides.

For those who truly love animals, we recommend only travelling with responsible tour companies like Intrepid so you don’t accidentally end up funding the industry or a tour company who does. Limit interactions with elephants to observing them in the wild, like we did on an amazing safari to Sabi Sands, for example. You can also visit World Animal Protection-endorsed conservation projects like MandaLao. They’ve also compiled some great resources for travellers, helping you learn how to spot bad experiences and providing a list of other providers they endorse. You can find that here.

If you do see a bad animal tourism experience, be it by the side of the road, at a performance or as part of a tour, use your voice to speak up for the animals! This doesn’t just pertain to elephants, it’s important we advocate for all the voiceless. Download the Wildlife Witness App to your smartphone and use it to report animal abuse, animal shows or products for sale spotted around the world. These reports are anonymously sent to TRAFFIC, who investigate them.

Together, we really can make a difference by reducing the demand for these experiences. Be sure to share your own story or what you’ve learned about elephant rides on social media using #WorldElephantDay, #StopElephantRides and #BeKind. When we know better, we do better! So, let’s all work together to share this information and have a positive impact on the future of elephant tourism. 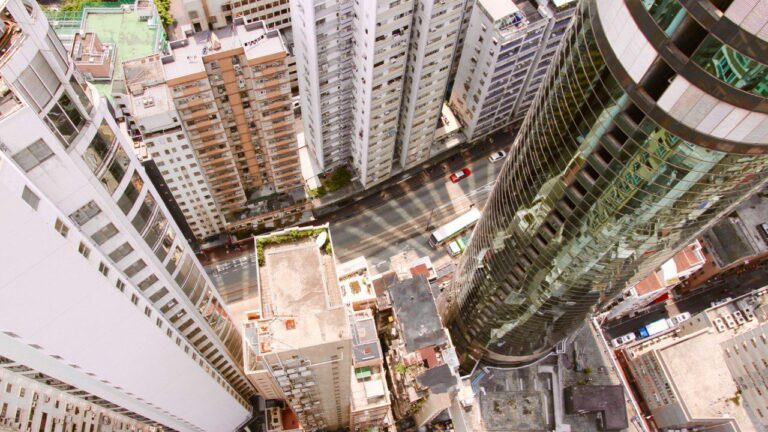 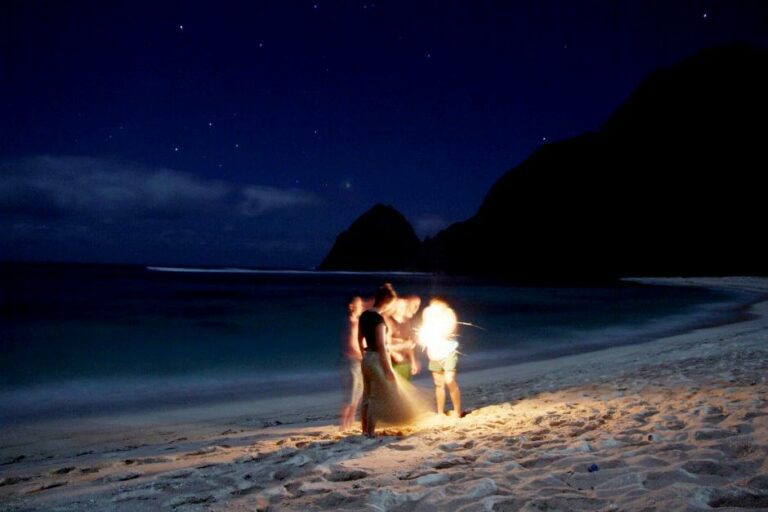 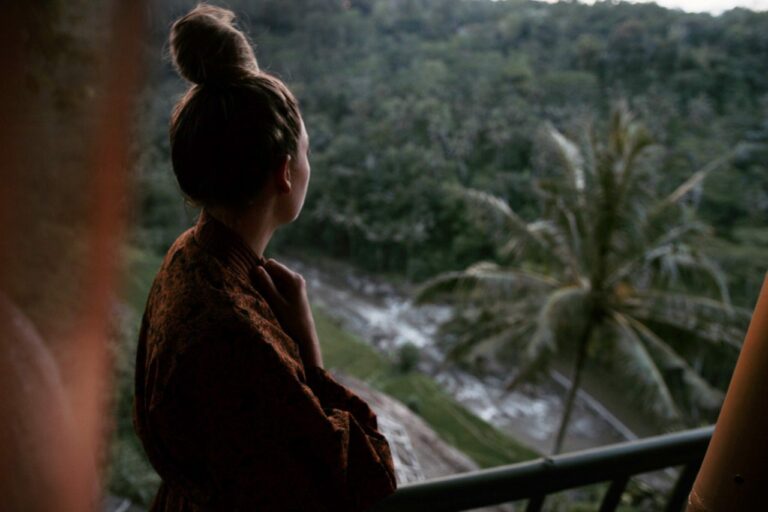 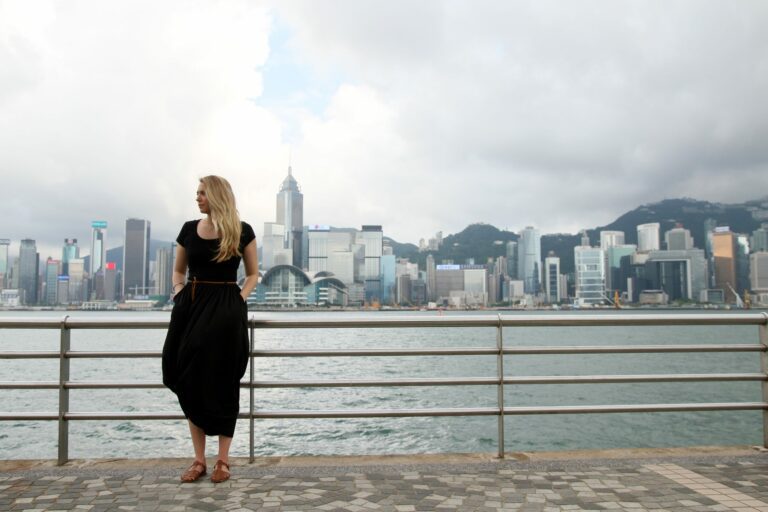 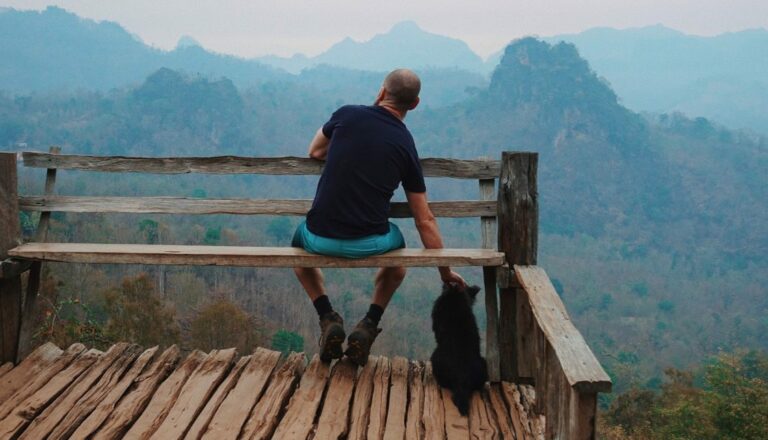 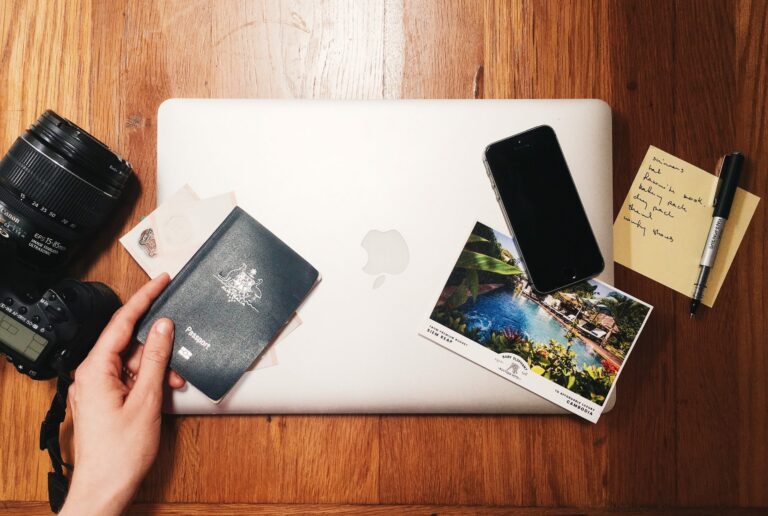