In August 2012, Matt and I touched down in Los Angeles. It was my first time on the West Coast of America and we were both really excited to be starting a 14-day road trip with Trek America. Landing at LAX is a surreal experience because you hear so much about it on the news and in celebrity magazines, I think part of me expected to see a Kardashian or two milling around the baggage claim. But, unsurprisingly, we saw nobody even remotely famous and bundled onto an old shuttle-bus that dropped us off at our hotel.

The hotel was the starting point for our tour, which departed the next day. We had booked a room months earlier but as we tried to check-in we were told there was no room for us. None. Zero rooms. I was shocked and really tired after flying across the country via Atlanta, desperately in need of a hot shower and a comfortable bed. The hotel staff told us they’d see what they could do, finally declaring they’d found a room. We were taken to the very outskirts of the hotel and put up in a meeting room. Yes, a meeting room. No beds, just two couches, a conference table and a kitchenette. It is by far one of the weirdest ‘hotel’ stays I’ve ever had and still incredibly funny to this day.

We had no idea what to expect from the tour, having only visited New York and not experienced any other part of the States. Over the next 14 days we would cover some 2,200+ miles, meet some very interesting people, see some of the most beautiful natural sites I’ve ever come across and had some of the weirdest, wildest, hottest experiences of our lives… the kind of trip where lots goes wrong, but that’s kinda what makes it so great! It was the trip of a lifetime and an absolutely crazy, funny, awe-inspiring journey that could never be replicated.

Departing from Los Angeles we drove the 120 miles south along the stunning California coastline to San Diego, visiting Mission Beach, a community built on a sandbar between the Pacific Ocean and Mission Bay spanning nearly 2 miles of oceanfront. San Diego is the eighth largest city in the States and the second-largest city in California. We chilled out in the grass at Balboa Park and wandered through the streets down to the water, lucky to see a huge warship docked and allowing people onboard to explore.

After a brief one night stay, camping on cement due to campsite overcrowding, we drove some 318 miles north-east into the beautiful Mojave Desert and across the border into Arizona. It’s hard to appreciate how vast and never-ending the Mojave is until you’re whizzing through it in a van with 12 other strangers. The contrast of dry, red earth against the jagged mountains sticking out of the ground and the bright blue sky is beautiful and other-worldly. We camped the night at Lake Havasu, a reservoir behind Parker Dam on the Colorado River, between California and Arizona. It’s here we endured one of the hottest nights either of us has ever experienced,  and we come from a country where we regularly say things like, “It’s only 29 degrees today, nice!”

Just about everyone on the tour dragged their camping bags out of their steaming hot tents and onto the rocky ground, trying to catch whatever minute breeze we could, lined up and sprawled out like little chicken sausages sizzling away in the dense heat. Everyone woke the next morning covered in mud from where their sweat had mixed with dry earth. Enjoyable at the time? No. A hilarious travel memory now? Yes!!

We set off another 220 miles North-East to the Grand Canyon, easily one of the most breath-taking places I’ve ever visited. We arrived at night and set up camp, barely able to sleep at how excited we were to see the Canyon the next day. Our tour leader woke us before dawn and drove us to the Grand Canyon National Park. When we arrived we closed our eyes as we got out of the car and held hands, forming a human chain being led to the edge of the Canyon. Our tour leader lined us all up, then told us to open our eyes, seeing the Grand Canyon for the very first time as the sun peeked over the horizon.

It’s one of those moments that take your breath away and stays clear in your mind and it’s a place I want to revisit over and over. We sat on the edge of the Grand Canyon and ate bowls of cereal while we watched the sunrise, just staring and marvelling at how vast it is and how small it makes you feel.

As luck would have it, our tour stopped in Las Vegas a few days after Matt and my birthdays. The 270-mile journey North-West was one big build up of excitement and story-telling, people sharing war stories of friends who had been sucked into the Las Vegas party web and never seen again. Along the way we travelled along a section of the original Route 66, stopping in the quirky town of Seligman for lunch and a good old American milkshake!

Driving into Vegas was a blur of noise and excitement, each of us itching to get outside and explore a place we’d heard so much about. We were lucky enough to stay at a hotel rather than camp and made the most of the comfy beds and good showers. The whole group came together to celebrate, playing beer pong and flip cup before jumping aboard a party bus complete with stripper pole and zipping up and down the Las Vegas strip and all around town before kicking us out at the Bellagio for an incredible night that I couldn’t really relay to you even if I tried!

After an incredible two days in Vegas, we headed to Death Valley, which forms part of the Mojave Desert and the lowest, driest, hottest part of North America. Stepping out of the cool air-conditioned van into the scorching heat of Death Valley was nearly unbearable. I immediately started hopping from foot to foot, trying to generate a slight gust of wind on my face to cool me down. Our tour leader, finding this all very funny, proceeded to lock the van and take off for a walk leaving us all to fend for ourselves. I took refuge behind the public toilet while a few of the smaller tour members tried to hide in thin slither of shade cast by the van.

On the road again we headed 400 miles west then north to the stunning Yosemite National Park. Like the Grand Canyon, it is a place that is absolutely overwhelming! The park covers some 3,026 sq kilometres, reaching across the western slopes of the Sierra Nevada mountain chain. This spectacular World Heritage Site is home to incredible granite cliffs, giant sequoia groves, waterfalls and stunning clear streams that have to be seen to be believed. It’s one of the few places I really didn’t mind camping because everything was so beautiful, from the huge trees right down to the trickling streams.

We clambered over rocks and cliffs, spotted beautiful bears and marvelled at the absolutely incredible half-dome. Everywhere you turn there’s something else to photograph, marvel at or sit and take it all in. It’s a spot I would love to go back to now that I have a proper camera and a little bit of photography know-how.

As our tour neared the end we headed back out to the coastline, 170 miles west to San Francisco. I’d heard a lot of mixed reviews from people who had visited San Francisco, but I absolutely loved it. We spent hours walking up and down the winding, steep hills, taking in the architecture, beautiful homes and interesting shops, including the famous Telegraph Hill. We stopped in to eat chowder out of sourdough bowls and caught the bus to Pier 39 to eat seafood, drink beer and see the sea lions. We walked across the Golden-Gate bridge and took an afternoon trip on a sailboat past Alcatraz and under the bridge… it was one of those days where you feel like the anything is possible, the world is yours and you are totally and completely wild and free.

The last leg of our journey was south, 381 miles along the California coastline back to Los Angeles. Along the way we stopped at Big Sur, an absolutely beautiful part of the coastline where the Santa Lucia Mountains rise out of the sea, and Santa Barbara where we strolled along the boardwalk and beautiful white sand beaches, taking in the local arts and crafts. Our last stops of the trip were at the famous Venice Beach, where Matt gave surfing lessons to a few of our overseas friends on the tour, and of course a walk down Hollywood Boulevard.

Taking the tour gave us a chance to see as much as possible and now that I know what my favourite spots were, I’d love to go back and do a road trip with just Matt and I. I’d love to spend more time at the Grand Canyon and Yosemite National Parks and, of course, go back to Las Vegas and San Francisco again. If you’ve ever thought about doing a California road trip I really recommend it, we met some really funny and interesting people, saw things we’d never seen before and made some incredible travel memories. It was a great mix of cities and nature, parties and relaxation and a fantastic experience of American culture! This post is just a short recount of a very big trip and I’ll be sharing more detailed information and guides on the places we visited very soon.

Useful travel resources for your trip to the United States

As always, our guides and content are completely free. If you found this post (or anything we do) useful, we’d be grateful if you considered using the affiliate links below. We’ll make a small commission at no extra cost to you. Rest assured, these are the services we love and use ourselves. Thank you in advance for your support! Phoebe and Matt. 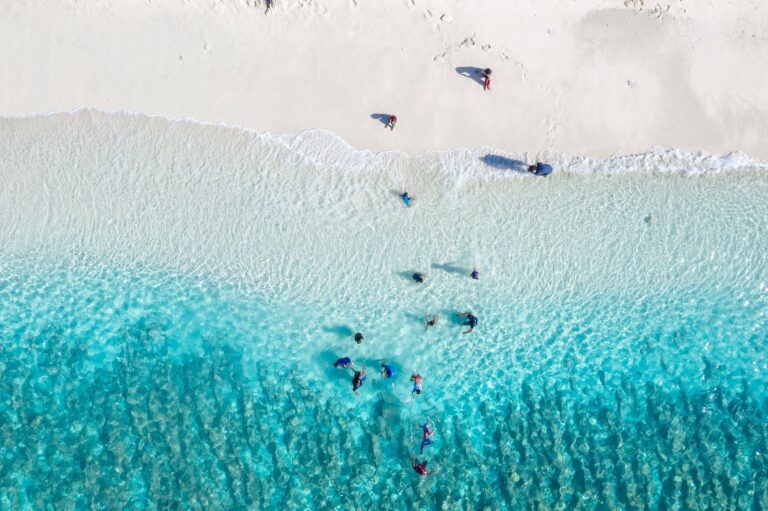 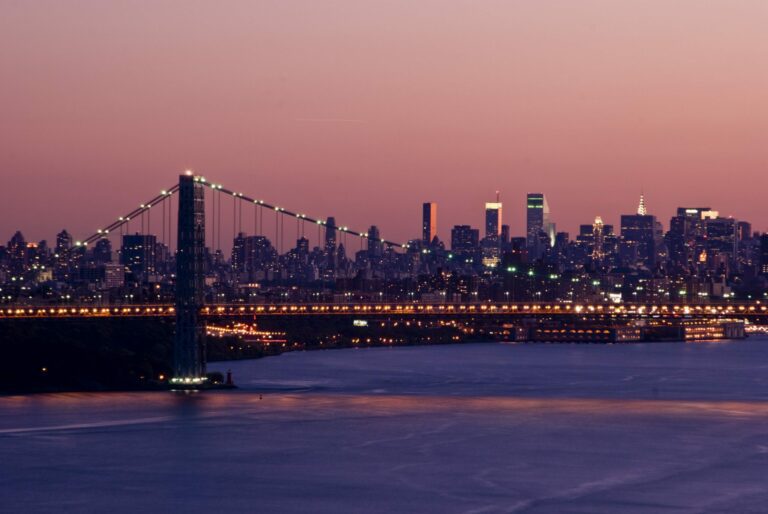 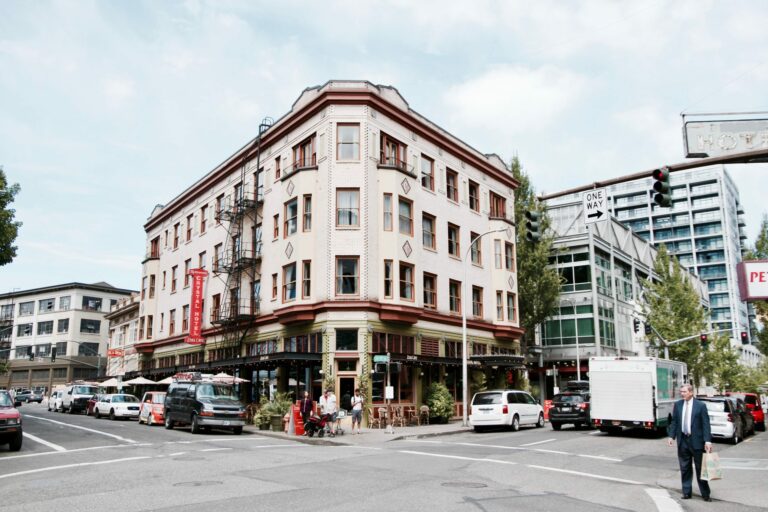 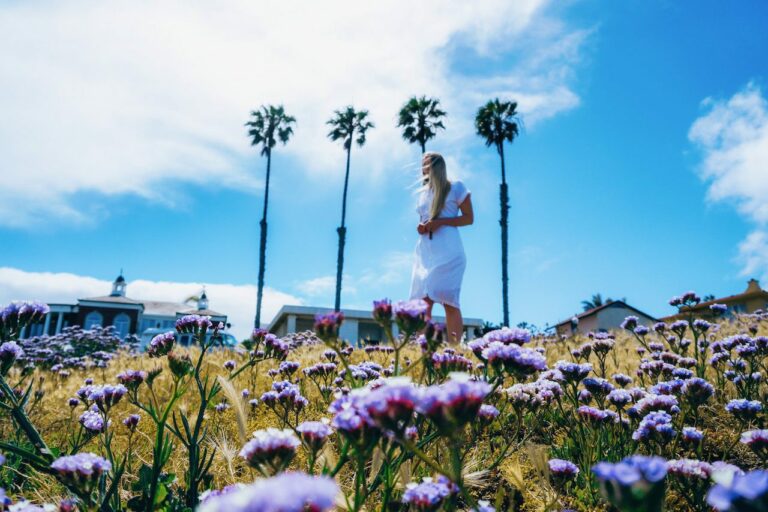 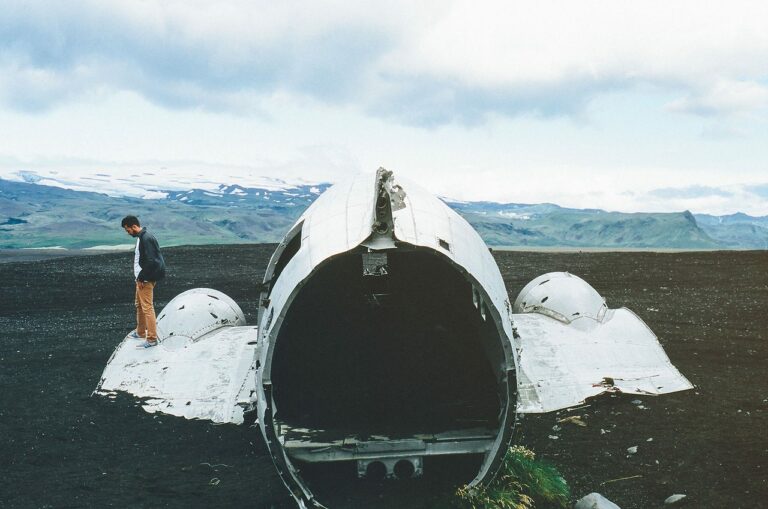 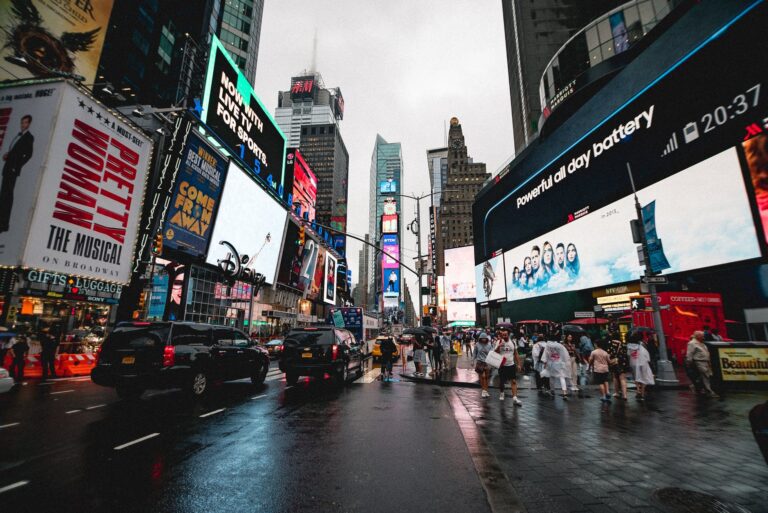