When I was younger, I dreamed of visiting Thailand and riding an elephant. The idea of doing a jungle trek atop a majestic elephant seemed like the most wonderful experience and one I definitely intended on doing. I never got the chance, which worked out for the best because, as I later learned, the truth behind elephant riding, performance and manual labour industries is shocking. You can read more about it here. Thankfully, you don’t need to ride an elephant to have an incredible encounter with one. In fact, you can still fulfil all your elephant dreams in Phuket at the Green Elephant Sanctuary Park. Here’s a look at what it’s all about!

Where is Green Elephant Sanctuary Park?

You’ll find Green Elephant Sanctuary Park located in Phuket around 35 minutes drive from Patong Beach or 33 minutes drive from where we stayed, SALA Phuket, at Mai Khao Beach. Transportation to and from the park by way of a hotel pick-up service is included in your ticket price! Also included in the price is a buffet lunch featuring Thai favourites like spring rolls, noodles and more as well as soft drinks. The park has on-site shower facilities so you can get fresh and clean after mingling in the mud with the elephants and fantastic photographers on-hand to take plenty of snaps for you, which are all totally free!

Is it an ethical animal encounter?

I’ll be honest and say that before we visited, I was nervous. The last thing I want to do is bring any positive attention to or endorse a company that is in any way cruel to animals. I was unsure where the line was. If it’s not okay to ride an elephant or force them to perform, is it okay to visit a place where they’re kept? Even one using the word sanctuary in its name. After all, shouldn’t the elephants be released back to their natural habitat? Well, after visiting the sanctuary I can share that all my fears and worries, while well-placed and legitimate, were put to rest. (Note: the below is a stock photo NOT taken at the park)

The park was created in accordance with European animal protections laws and offers a second chance for abused elephants, free from chains and beatings. As we saw first-hand, it’s is a refuge for elephants rescued from a range of poor conditions including companies offering elephant rides and forcing them into manual labour or performances. You can read more about the park’s origins here.

Close to Surin Beach, the park offers plenty of space, lush jungle as well as a stream and lake for the elephants to frolic and roam. At Green Elephant, these beautiful giants have over 40,000m2 of lush jungle to explore and enjoy. There are absolutely no forced unnatural behaviours, rides, beatings, cruelty or situations that could harm or stress the animals.

The elephants are never forced to participate in feeding and bathing, both natural behaviours which I’ll describe in more detail below. If an elephant isn’t in the mood to interact with anyone that day, they aren’t made to. They simply don’t wander down to the bathing and feeding areas. It’s up to them! One elephant we saw suffered terribly at the hands of humans and, as a result, prefers to stand behind a shelter, watching from a distance that feels safe. While she likes to keep close to the rest of the herd, she’s given plenty of space to relax and all visitors are instructed to stay clear of her so as not to stress her in any way.

We were also very fortunate to see a mother and her beautiful little calf. To ensure the mother didn’t feel threatened or stressed she and the little one were also given their own space and visitors were given clear instructions not to touch or get too close. All of this is closely monitored by the on-site staff and the elephant’s primary carer also called a ‘Mahout.’

Elephants form a lifelong bond with their mahout, who will be their only carer for their entire lives. This carer and their family live on-site in a small village right where the elephants sleep at Green Elephant so they have 24/7 care if they need it. The responsibility and bond of caring for an elephant is passed down through the mahout’s family over generations. Meaning, each elephant is cared for by only one family for its entire life. Even if it outlines its current carer, another member of the same family will take over its care, forging a deep connection between animal and human-based on lifelong love and trust.

Because these elephants were rescued from such terrible situations, they are already accustomed to being cared for by humans. As a result, it’s no longer possible for them to be released into the wild. At the park, they have a huge amount of space to wander, the very best care and no forced, unnatural behaviours or cruelty to deal with.

What happens during a tour?

We arrived at the park and put all the things we wouldn’t be taking with us into a locker. Then we grabbed a seat at one of the tables and listened to the safety information and briefing by the on-site staff. This covered everything we’d need to know about how to properly and safely interact with the elephants and all the do’s and do not’s as well as information about the park.

Then, we wandered over to the feeding area where the elephants were waiting with their mahouts. We were able to walk up to the elephants, touch them in certain spots (like the trunk) and give them delicious food handed to us by the mahout. The on-site photographers were hard at work capturing every single moment! Then we headed over to the sleeping area and small village where the elephants, mahouts and their families all sleep. Here, we learned more about the bond between the mahout and elephants as well as the size of the park and what the elephants do each day.

Next, we wandered over to a nice big muddy area where the elephants were waiting happily for their mud spa! We scooped up big piles of mud and rubbed it on the elephants, under the watchful eye and instruction of the mahouts. My elephant was loving every single moment of it, picking up scoops of mud with her trunk and flinging them all over herself, me and anybody nearby!

After getting everybody and everything thoroughly covered in mud, we headed over to the water area, which was sort of like a small dam. The elephants, mahouts and us all climbed into the water together. We were handed small buckets and started washing all that mud back off. Each of the elephants looked absolutely overjoyed, spraying water around, munching on fresh, tasty food and getting the royal spa treatment.

Finally, we headed over to the elephant shower where we were handed bristly brushes to give them a nice scrub down. Again, the elephants just looked so happy getting a scratchy massage and full wash-down from the shower. The whole time I couldn’t help but smile at just how special it was to get so close to them and have such a pure interaction that brought them joy and happiness.

Our hands-on elephant encounter over, we wandered back up to where we started, joining the queue for a shower and tucking into a delicious buffet-style lunch and an ice-cold drink. Overall, I was really happy with the length of the tour and the balance between education and interaction. I also loved that the on-site photographers were there too to help capture the moment!

What should I bring with me?

I was a bit unsure what exactly I needed to bring to such an experience! Having been, here’s what I would recommend: 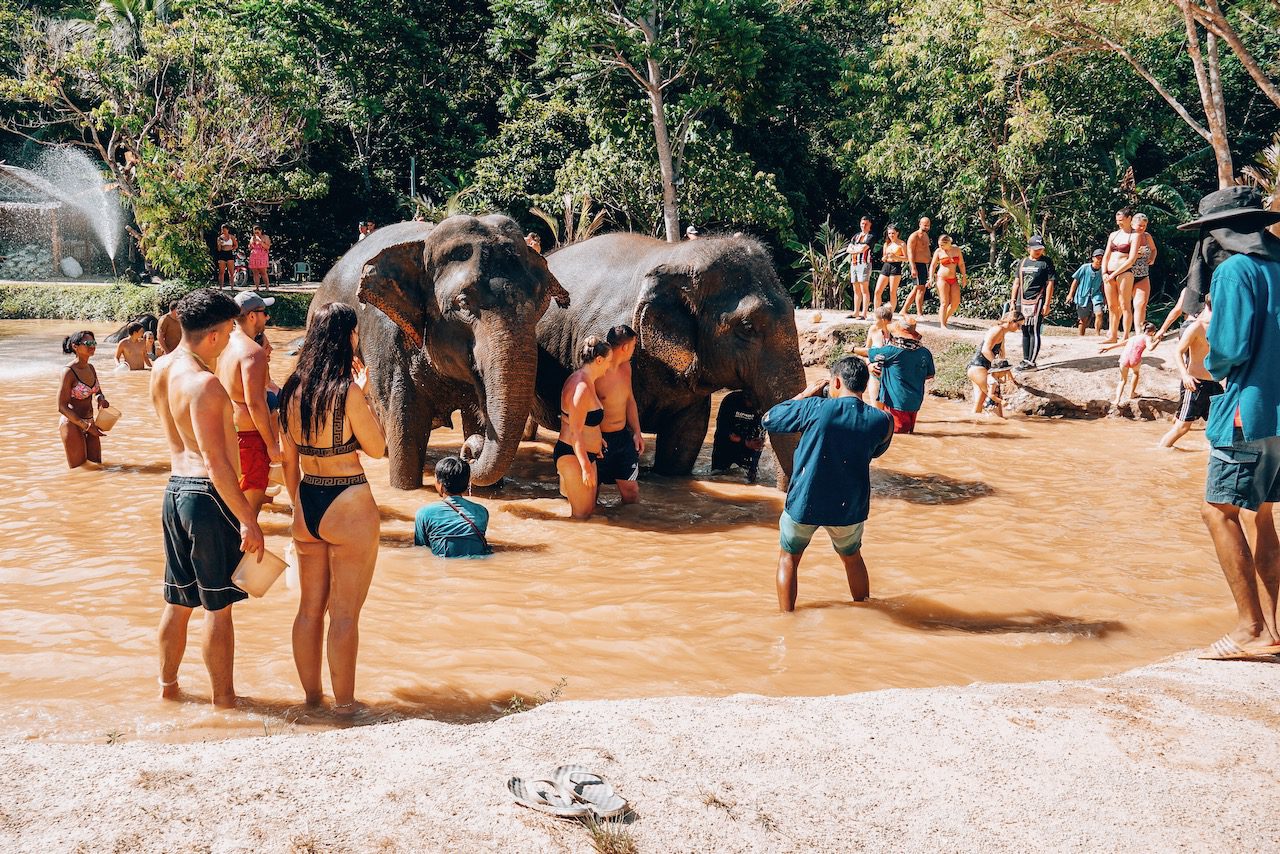 Our visit to Green Elephant Sanctuary Park was an unforgettable experience and the entire time I kept thinking, “My mum and sisters would love this! I have to come back with them!” The park does a great job at providing information on the struggles of elephants in Thailand forced into unnatural roles, their life-cycles, relationship with a mahout and so much more. I left the experience with greater knowledge and appreciation for elephants.

Being able to get so close to the elephants I felt so much love for them. I couldn’t help but think about all the other elephants around the world who haven’t yet been rescued and are still suffering. While it can be hard to think of, it’s even harder for the countless animals suffering for human gain and that kind of feeling keeps me motivated to only partake in ethical animal encounters at home and abroad. I was grateful to have learned so much and to have the privilege to be so close to an elephant in a way that aligns with its natural behaviours. We both came away from the experience with so much love, gratitude and incredible memories. It’s an experience that would be the perfect addition to any Phuket itinerary! Book Green Elephant Sanctuary Park here. 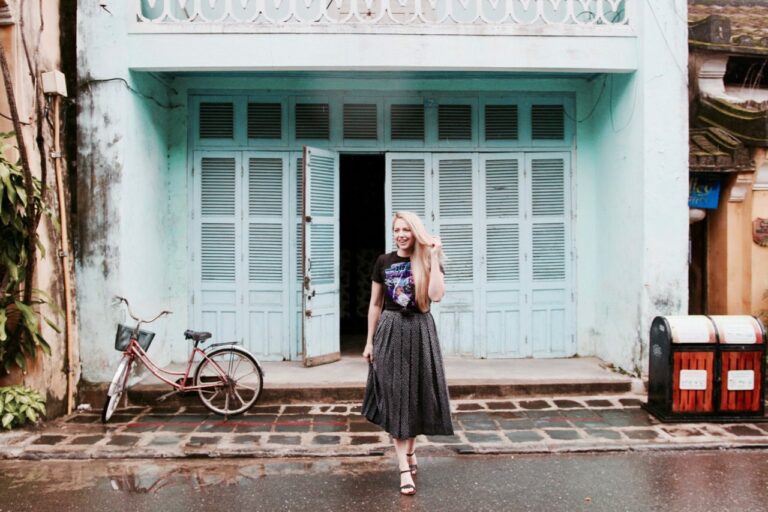 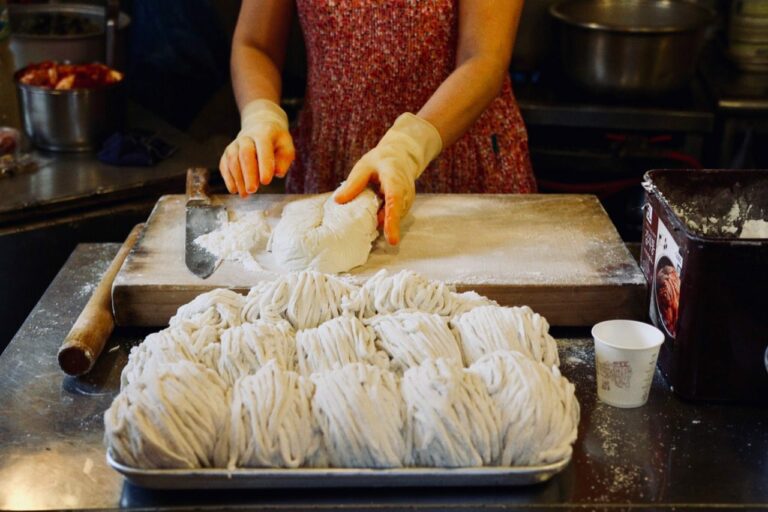 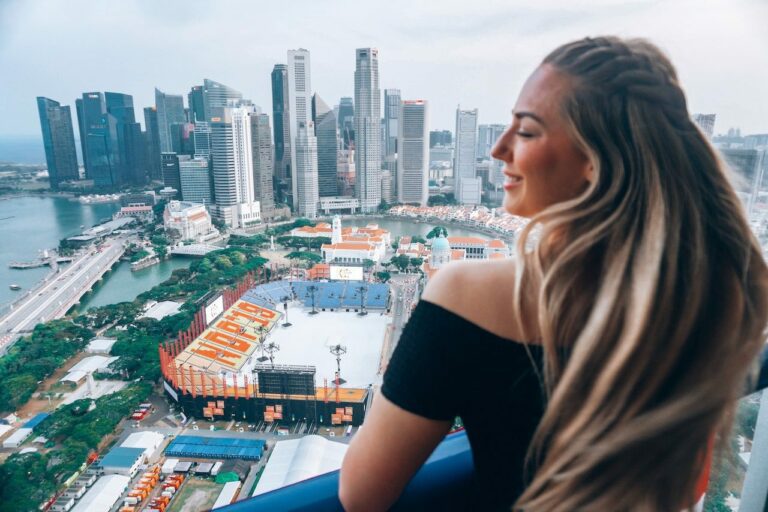 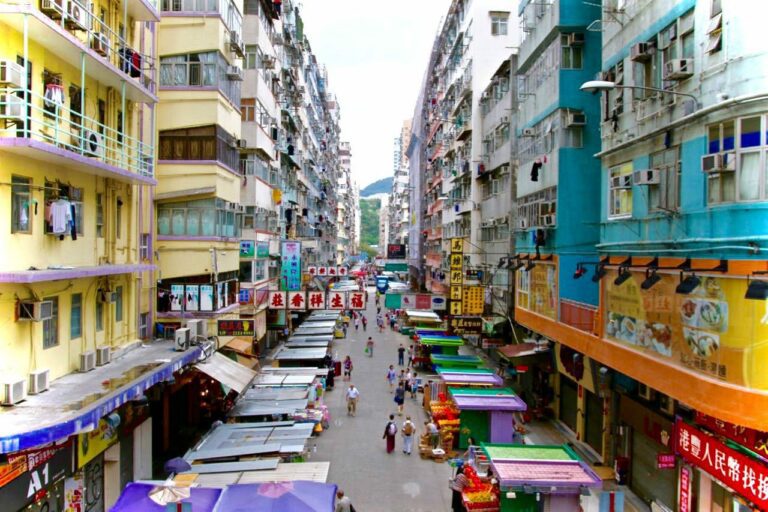 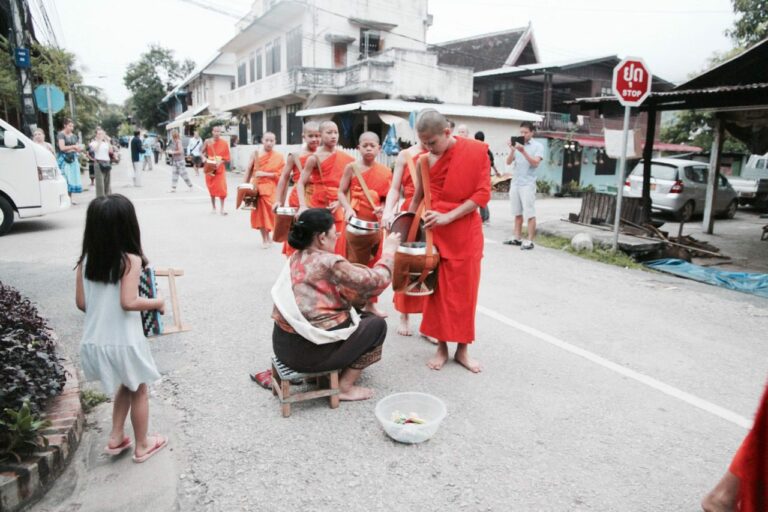 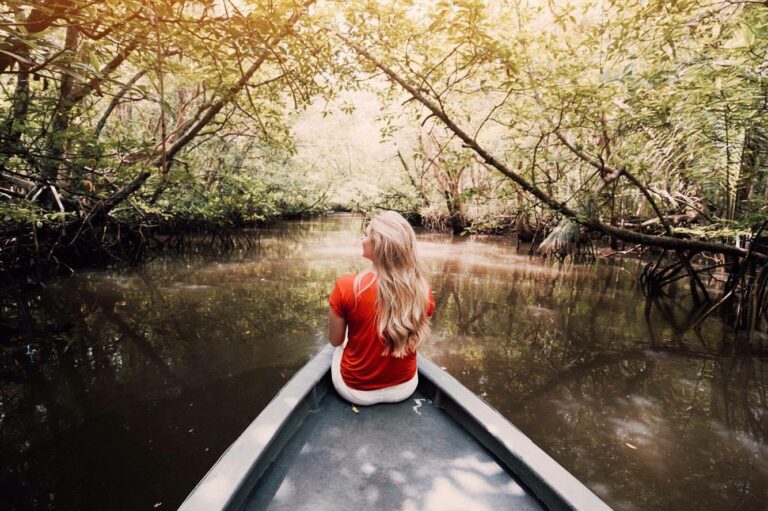