The rest of this website doesn’t even matter. The only thing that matters is the ‘Dogs I Met,’ posts. Am I right?! Yeah, you know it. It’s been a while since my last dogs post but that’s because I haven’t had a trip that allowed me to cross paths with some gorgeous hounds! All that changed on our recent trip to Chiang Mai, spending some time in Chiang Mai itself but also heading out to remote hill tribe villages a few hours away.

Along the way, we met a number of really lovely, cute and quirky dogs and today I wanted to share them with you. Here are 9 gorgeous dogs I met in Chiang Mai! I usually ask the owners for the name of the dog and a little question about them, like what their favourite food or toy is. In this case, most of the dogs were communal village dogs… roaming the streets doing whatever they wanted, so I didn’t get the chance to find out more about them. Sorry, you guys! I’ll do better next time.

We met this beautiful, big husky at Baan Borijinda, a cafe in Chiang Mai. Her dad runs the cafe and went across the road to let her out of the front yard for a walk, sniff around and to come hang out in the cafe. She was incredibly shy and her dad said it takes her a while to get used to new people! He also said she tends to take to women better than men for some reason and it took a local lady a few years to build up trust with her before they could go for runs together. Immediately, I desperately needed the approval of this gorgeous dog and got on the floor of the cafe to befriend her. With a little patience she came over, sniffed my hand a little and let me give her a scratch behind the ears – her dad was impressed and I felt validated. I also loved that her dad had a little stall set up, selling stickers of her that raised money for local dogs in need of rescue and medical treatment.

This very cheeky, cute dog was hanging around outside Tham Lod, a cave we visited on the last day of our Hilltribe Trek. He was so clever! He waited under the shaded, seating area outside the cave’s entry booths, knowing tourists would sit there and chill out to avoid the sun. He also took it one step further – taking a nap next to the bin so he could make these cute puppy-dog eyes at anybody throwing out their leftover lunch. It worked. He scored a MOUNTAIN of leftover fried rice and vegetables from our group alone and quickly hoovered it all up then rolled over for belly rubs.

We met this beautiful little girl at the first village we visited on our trek, a Red Lahu Village a few hours outside of Chiang Mai. We all walked down to the local football field to watch the lads kick the ball around with the locals and this little love jumped up to greet us. We nicknamed her Coyote and spent a few hours giving her pats and belly rubs, which she absolutely loved. She was so sweet and gentle, I love the second photo (on the right) where her eyes are closed and she’s just loving Matt giving her an ear rub.

I froze when I saw this puppy on the streets of the Black Lahu village we visited! It’s a little hard to tell in this photo but he was so tiny that I let out a squeal then immediately started to give him a belly rub. But, let’s be honest, he’s absolutely hilarious! I’ve never seen a puppy that looks like an adult and a puppy all at once. He’s so muscular, like a big dog, but still so tiny… and his head is way too big for his body but he has little puppy feet.

Here he is again with his big brother who was very cute but a little bit of a bully too, playing too roughly with the little one and biting his ears. What really stressed me out though was seeing them play ON the road and right next to it. I know that’s just how dogs roll in South-East Asia but I was so worried they’d be hit by a car. Clearly, they have amazing street smarts as they were never in danger.

We came across this dog in the same Red Lahu Village as Coyote but he was not interested in being friends. He immediately sounded the alarm, barking very loudly to let his family know we were there. Later, our guide told us that locals in the village relied on dogs in that way as they had no other security set-ups. He said the locals often feed the dogs to make sure they hang around outside their homes and raise the alarm if a stranger comes near the house.

These two are from different villages. The black and white dog on the left had been rolling around in the red dirt at the Red Lahu Village and was in the middle of a very intense toe grooming session. The white dog on the right was hanging out on the streets of the Black Lahu Village. What I found hard in both villages was seeing the dogs running around on the street and fighting with each other. I understand it because that’s how they grow up and I guess they’re living as wild dogs and need to adhere to their pack instincts but it was hard watching them fight or curl up for a nap in the middle of the road.

This was by far the happiest of all the dogs we met on the whole trip. He saw us all come strolling down the main street of the Black Lahu Village on our way to this viewpoint and came bounding out of nowhere, jumping around with pure joy, leaping up to say hello, tongue hanging out. He led the way to the spot, the energy bursting out of him, causing him to jump up, down and all around us, making sure we were all still following him. When we stopped to get photos, he jumped in the shot and enjoyed the view with us. He had such a human-like personality, like a really cute little kid. Matt says this photo reminds him of Tin Tin.

Here he is, jumping in some photos with me too! He was so funny. 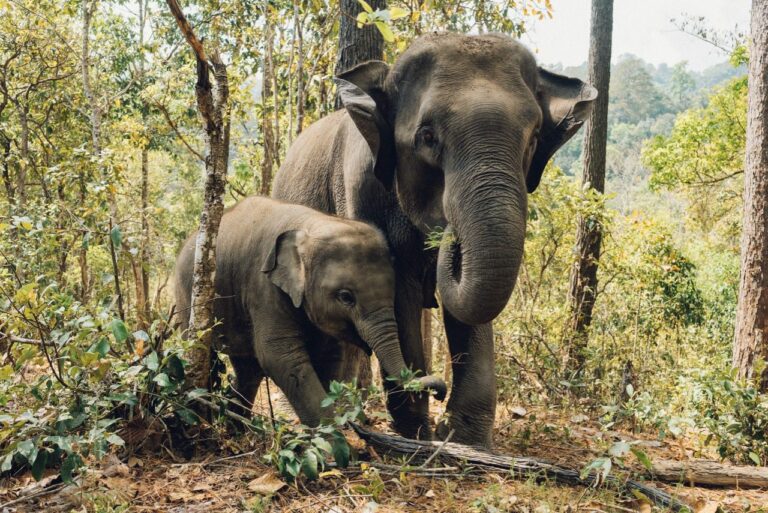 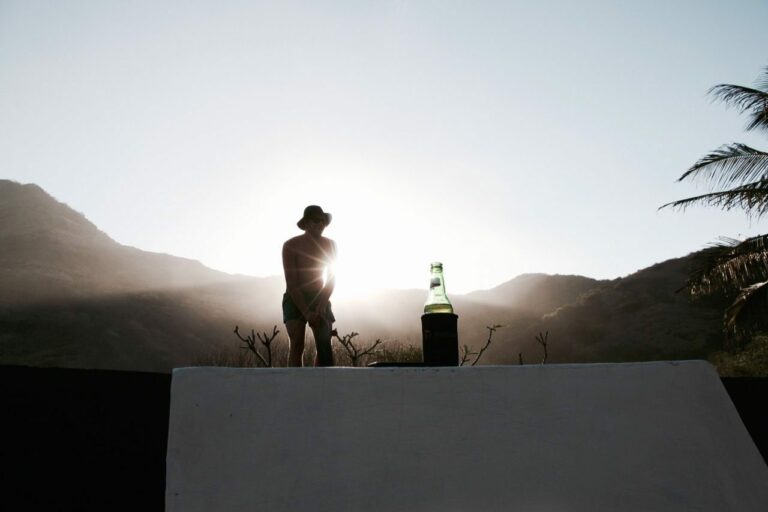 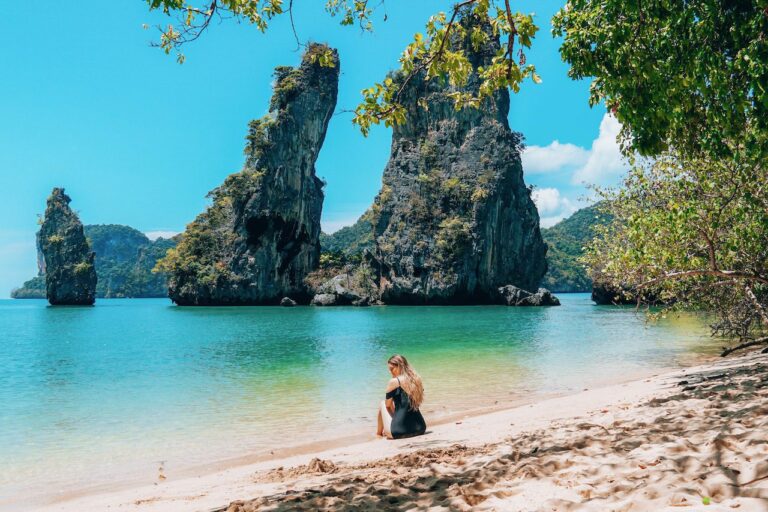 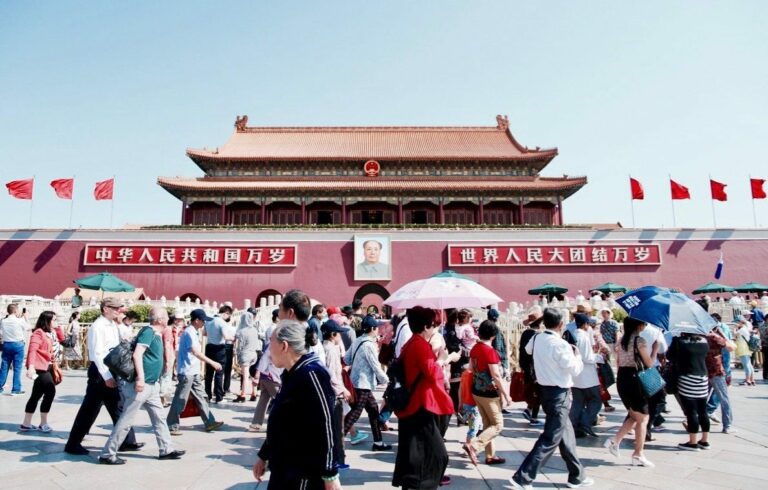 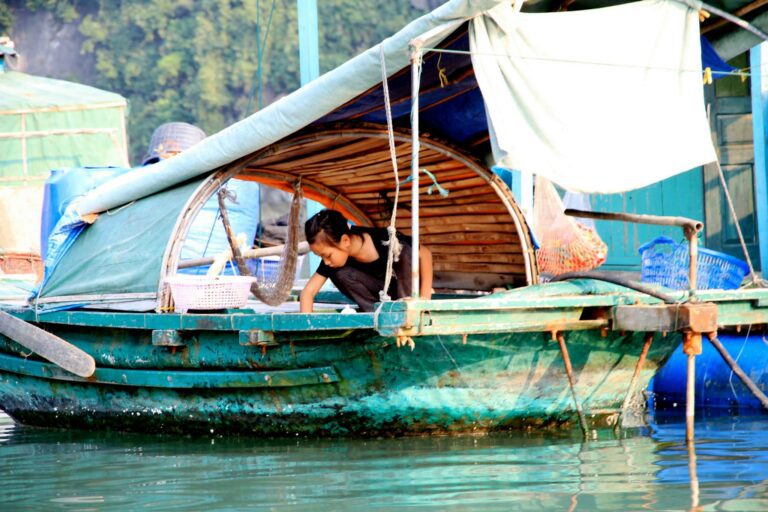