It may not get the kudos of it’s more popular east coast rivals, but the city of Perth is emerging as a favourite destination for travellers in the know. Perth is not only the world’s most isolated capital city (it’s closer to Singapore than Sydney!) but also the sunniest receiving eight hours of sunshine per day year-round. Suffice to say, Perth is a pretty special place and a necessary inclusion on any visit to Australia. Here are some unique experiences in Perth that you need to add to your Australian bucket list:

1. Stargaze at the Pinnacles Desert

A visit to the Pinnacles Desert is unique in its own right. The natural landscape is filled with ancient desert sculptures that rise out of yellow sand dunes reminiscent of the famous fairy chimneys of Cappadocia in Turkey. But sticking around to watch the stars wake up and shine their light down to the desert is sure to be one of the most unique experiences of your travelling life. You may have thought you understood the meaning behind Coldplay’s hit ‘A Sky Full of Stars’ but, trust me, until you’ve stargazed at the Pinnacles Desert, you haven’t. No words or pictures can capture the feeling of lying beneath a blanket of stars amidst the mythical stone forest – there is a palpable sense of otherworldliness that is unlike that of any other place that I know.

For those without a car, the best way to partake in this experience is by jumping on board a sunset and stargazing tour with GPS Adventure Tours as I did. On board this tour, you’ll be treated to a delicious and personally prepared dinner and famous local wines as you dine under the stars before wrapping up in blankets to learn about the stars and the Indigenous Dreamtime stories connected to them. Considering the Indigenous Australian people are credited as one of the world’s first astronomers, you will be hard-pressed to find a more unique stargazing experience than this one.

You can book the sunset and stargazing Pinnacles Desert tour that I took with GPS Adventure Tours here.

Fremantle Prison is one of Western Australia’s top tourist sites, offering visitors unique insights into the lives and contribution of Australia’s convicts. The UNESCO World Heritage site was built in the 1850s to house convicts transported to Australia from the United Kingdom. In 1886, the site became a traditional prison to house home-grown prisoners up until the termination of its operation in 1991. During their stay, prisoners excavated a tunnel system below the prison that was used as a water source for Fremantle. Today, visitors with a spirit for adventure and history can climb down a 20-metre ladder (using an extremely safe harness system) to explore the labyrinth of tunnels by both foot and replica convict punt boat.

You can find out more about the Fremantle Prison Tunnels tour here.

3. Meet the Quokkas of Rottnest Island

Described by the WWF as one of the world’s happiest animals, the Quokka is a nocturnal marsupial around the size of a cat and with the tail of a rat. The species is endemic to Australia and can only be found on Rottnest Island and a handful of smaller islands off the Western Australian coast. The species are so cute that they even have their own trending hashtag, with people from all across the world coming to meet the unique animals and snap a #quokkaselfie. That said, I encourage you to not partake in this trend. Instead, I beg you to photograph the vulnerable species from a stress-free distance as I did.

Getting too close to wild animals such as the quokkas of Rottnest can have dire consequences. Even if they appear happy to be photographed, the interaction could have knock-on effects on their reaction to humans, such as relying on people for food instead of foraging for food themselves. All around Rottnest, I witnessed tourists petting and feeding the Quokkas not considering the possible ill effects of their actions.

You can book your ferry ticket to Rottnest Island from Perth on board the Rottnest Express here.

4. Sandboard down the Lancelin Sand Dunes

What do you get when you combine the sand dunes of the Simpson Desert with the white sand beaches of the Whitsundays? Lancelin Sand Dunes. I must admit that I had never even heard of the Lancelin Sand Dunes before my trip to Perth. Actually, the only reason I ended up there was that it was a stop on my tour with GPS Adventure Tours to the Pinnacles Desert. But boy did the sand dunes carry me away! A little over an hour north from Perth, the Lancelin Sand Dunes are Australia’s premier destination for sand boarding. Be sure to try your hand (or rather bottom) at sand boarding down the three-story high snow white dunes.

You can visit the Lancelin Sand Dunes on board the sunset and stargazing Pinnacles Desert tour with GPS Adventure Tours here.

5. Surf on a wave-shaped rock

Raise your left hand if you like surfing. Now, raise your right hand if you also like unique rock formations. Now raise another part of your body if you are planning a trip to Australia. Those of you doing an intense version of the Hokey Pokey are who I am talking to when I say that you need to visit Perth and take a trip to Wave Rock. Wave Rock is a natural rock formation that just so happens to be shaped like a tall breaking ocean wave. With a height of 15 metres and length of 110 metres, the ‘wave’ towers over the surrounding bush landscape. As well as other nearby unique rock formations (e.g. Hippo’s Yawn and Mulka’s Cave), the Wave Rock area is also worth visiting for its indigenous history.

The downside to visiting Wave Rock is that it requires quite the road trip from Perth. Driving from the centre of Perth to the ‘wave’ will take you approximately four hours one-way, with not much to see in between unless you have a fondness for farm landscapes. Was visiting the Wave Rock worth it? For me, it was most definitely. But I have an obsession with unique rock formations and desperately needed to catch up on sleep whilst travelling that day so I may be a little bias.

You can find out more about the day trip to Wave Rock from Perth that I did with Adams Pinnacles Tours here.

6. Sleep overnight in a prison cell at the YHA Fremantle Prison

The YHA Fremantle Prison offers guests the unique opportunity to stay in a prison cell, by choice. The hostel occupies the women’s division of the Fremantle Prison and features both dorm-style and private accommodations. Opened in 2015, the prison plays up its historic past in an artistic albeit authentic way. Whilst you might expect a stay at a former prison to feel grungy, it was actually one of the cleanest and nicest hostels I’ve ever stayed at. I particularly enjoyed the historical information posters hung along the hostel walls that revealed fascinating stories about the former inmates. If you’re feeling brave, you can sleep in the twin cell rooms that occupy two of the original prison cells!

You can book your prison cell at the YHA Fremantle Prison here.

If you’ve read this far you may have noticed that Western Australia is home to many beguiling natural attractions. However, its extraordinary bubblegum pink lakes have got to be some of the most incredible. The most famous pink lake, Lake Hillier, is an 8-hour drive from Perth quite literally in the middle of nowhere. However, there are smaller pink lakes on Rottnest Island, which is only a 90-minute ferry from Perth.

The precise reason for the lakes’ peculiar pink colour is not known for sure. However, the common understanding is that the lakes’ high salinity allows only particular microbes to grow. With the addition of sufficient light and heat, these unique microbes generate carotenoids such as beta-carotene. The colour of these carotenoids gives the algae — and the water they populate — their characteristic pink colour. Accordingly, the pinkness of the lake varies according to how much water has evaporated due to hot sunny days. For your reference, I visited the lake at the beginning of winter, so the water wasn’t at its peak pinkness.

For further tips and inspiration for your Western Australia adventures click here.

Elle is a world-wanderer, star-gazer, dog-lover and meteorologist in the making. When she’s not busy studying the Earth’s climate, she’s off experiencing it first-hand all around the world. Over the past 3 years, Elle has travelled to 31 countries across Europe, Asia, Oceania and the United States and has no plans of stopping anytime soon. 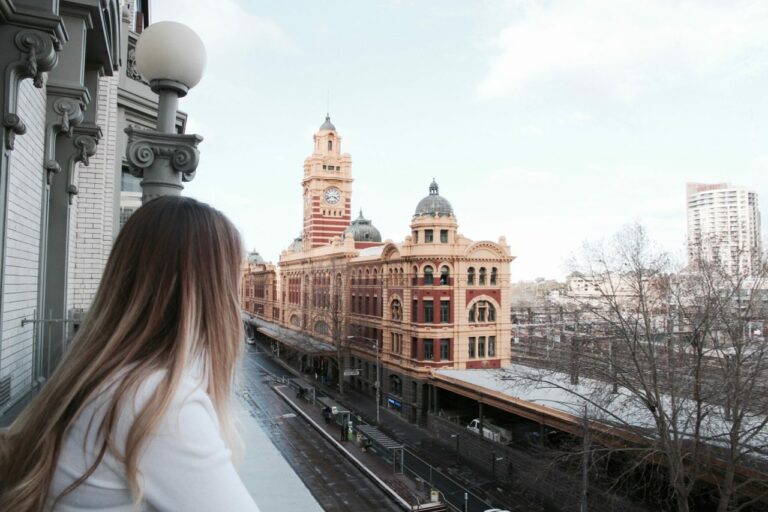 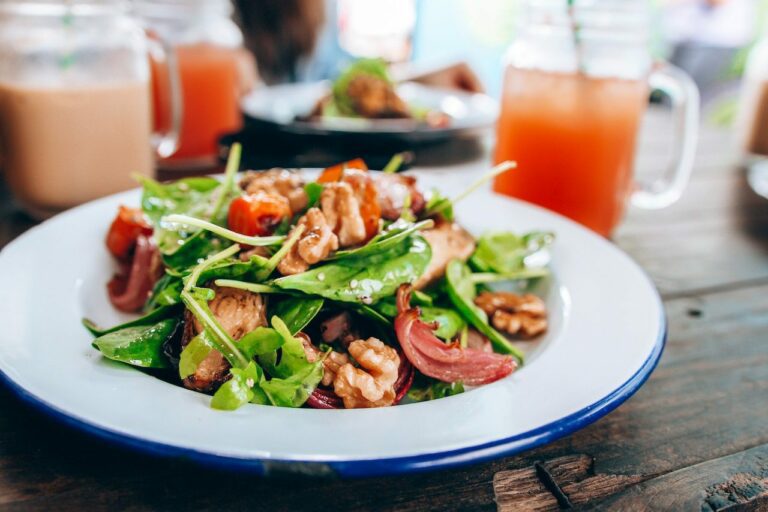 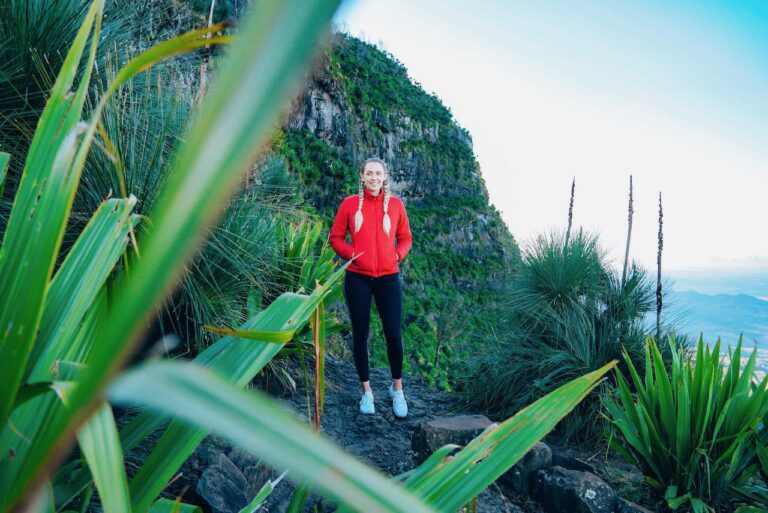 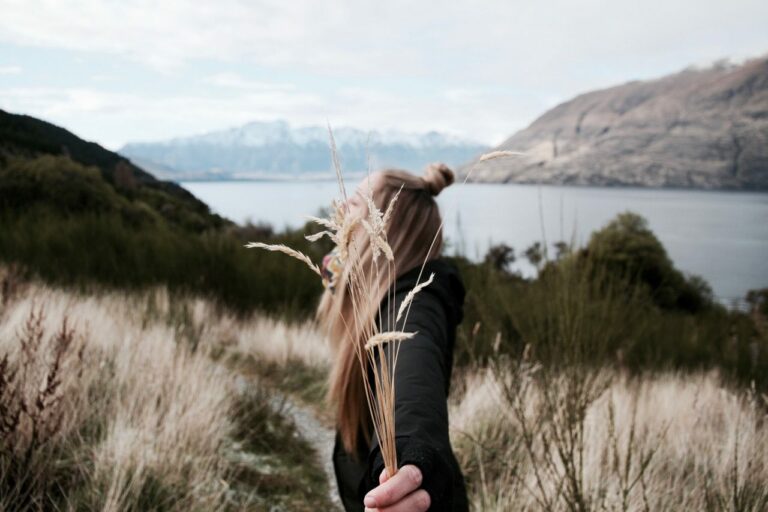 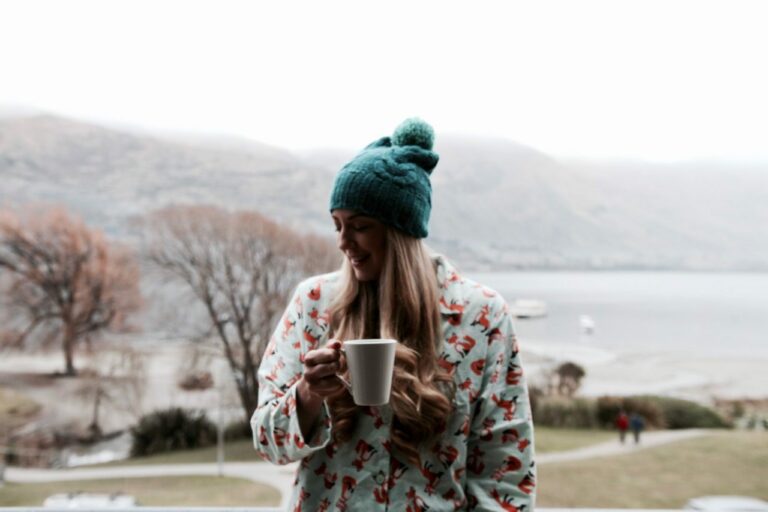 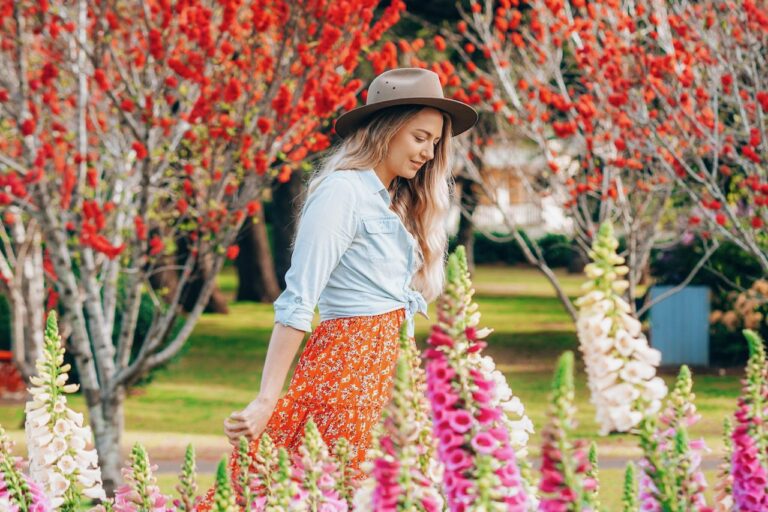